The question is: which way is better in terms of performance? And why is it better?

So, rather than speculating on this, I decided to leverage jsPerf to create some test cases:

It then tests child.parentNode against querying by id using both document.getElementById and document.querySelector. I ran it a few times on Chrome and a few times on Firefox: 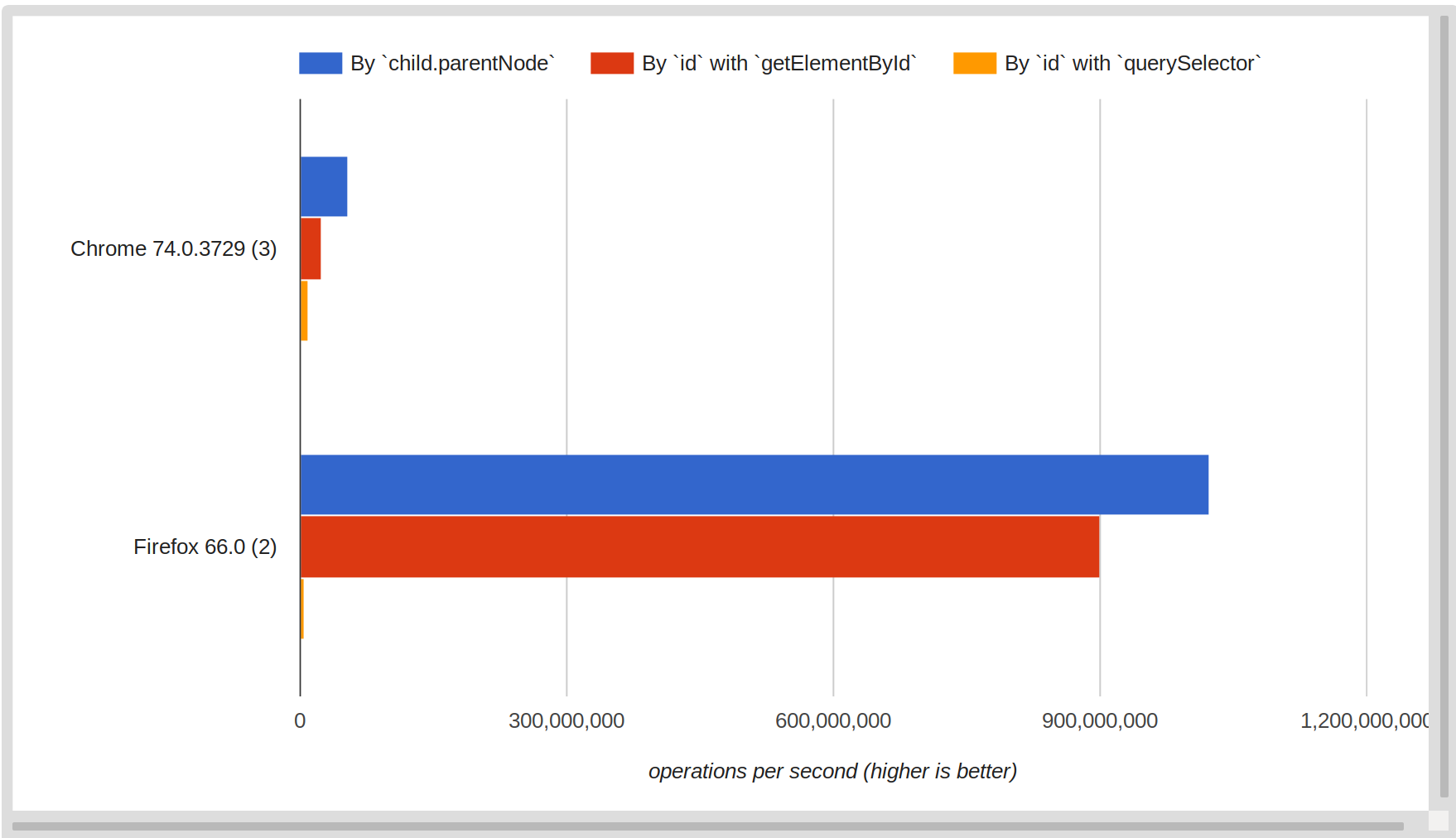 As you can see child.parentNode is a clear winner above both id document selection methods. querySelector is easily the slowest– this is far more pronounced in Firefox than in Chrome, but clearly the slowest in both contexts.

The second test case runs the same tests, but against a slightly more complex document structure, in which our target <div> is nested a few levels deep:

As @maheer-ali points out, we would expect this to further exacerbate the performance advantage of child.parentNode over the other methods, because we are querying the whole document, but it is worth running the experiment to verify that result. 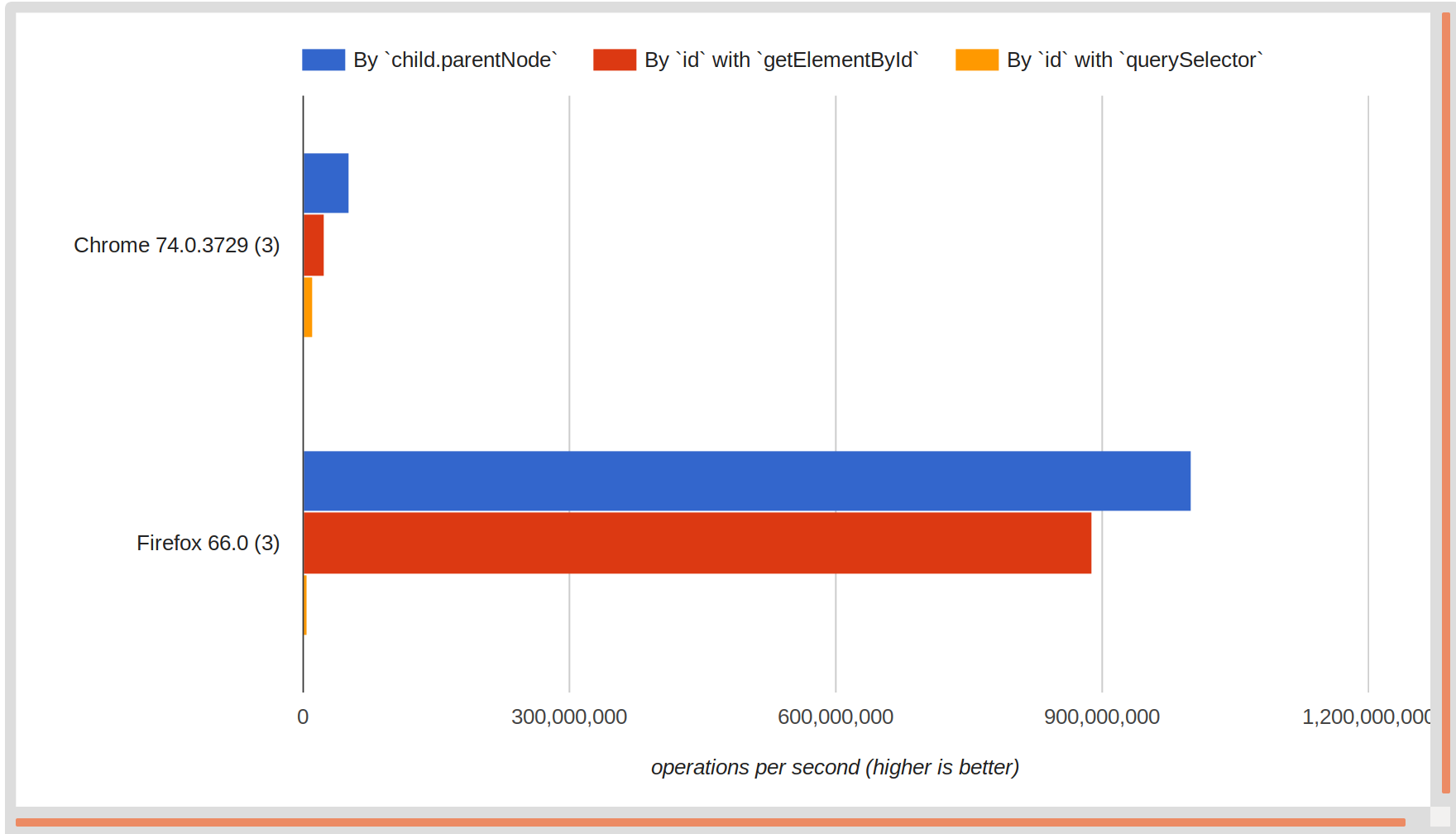 Surprisingly, not terribly different from the results of the first test. We might expect this to change to some degree with increasingly larger document structures, but it seems unlikely we would see another front runner emerge.

I ran these tests on only two browsers, only a few times. Also, I’m running on Ubuntu, so the browser implementation and performance may differ slightly compared to Windows or MacOS versions (which will be much more popular). So it is worth testing this yourself, with several different browsers, to get a broader, more complete result set. Also, I’d invite any readers of this answer to do the same.

A word of warning, however– while the performance difference may seem drastically different, it is worth noting that the result set is shown in operations per second, where even the worst performing case of id with querySelector on Firefox comes in at roughly four million operations in a second. Unless you are planning selecting this parent node with extremely high frequency, you are most likely talking about a negligible performance difference. Also, keep in mind that some of these results may change– as browsers prioritize newer methods like querySelector we might expect to see its performance improve in subsequent versions of these browsers.