Finding all indexes of a specified character within a string

For example, if I had "scissors" in variable and wanted to know the position of all occurrences of the letter "s", it should print out 1, 4, 5, 8.

How can I do this in JavaScript in most efficient way? I don’t think looping through the whole is terribly efficient

and now it will give you your expected result.

A fiddle can be see here.

I don’t think looping through the whole is terribly efficient

As far as performance goes, I don’t think this is something that you need to be gravely worried about until you start hitting problems.

Here is a jsPerf test comparing various answers. In Safari 5.1, the IndexOf performs the best. In Chrome 19, the for loop is the fastest. 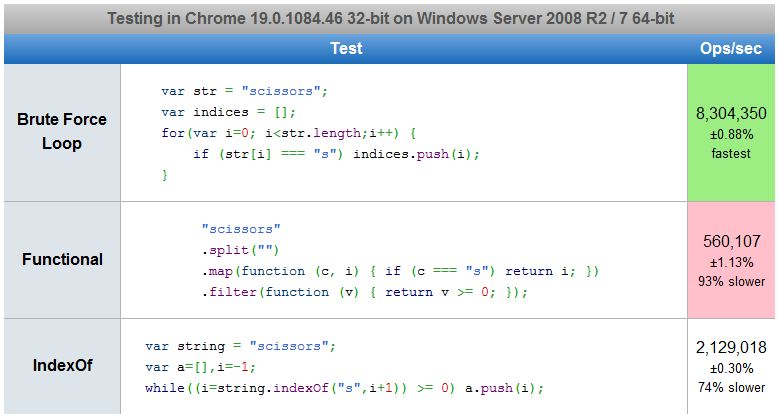